I believe that you know atoms make up every object in the universe. The bonds that hold these atoms together produce enormous amounts of energy. In this case, we can harness that energy but firstly, we need to determine the advantages and disadvantages of nuclear energy.

This energy can be transformed into other forms of energy including electrical energy. But harnessing this energy can only be done from the core of these atoms. And the method involves either atomic fusion or atomic fission.

So, what are nuclear fusion and nuclear fission?

Nuclear fusion is the process by which atoms join to form into one. Due to this reaction, it releases a large amount of nuclear energy. This is similar to the process that keeps the sun burning.

On the other hand, nuclear fission is the opposite of this process. Nuclear fission is a result of atoms splitting into smaller ones. This is how power plants utilize nuclear energy for electricity production. 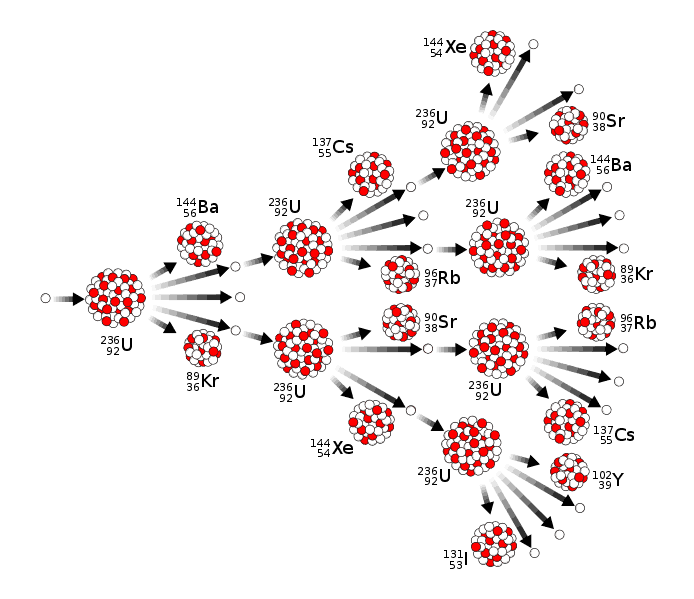 As we can observe, this can be a hazardous process. And if we cannot secure these processes, it can result in catastrophic consequences for all living organisms.

Now, let us look at the basics of nuclear energy. Nuclear energy involves nuclear reactions. Interestingly, it is nothing like natural chemical reactions. The process causes changes in the atom’s nucleus, which in turn changes the atom itself. Then, this will cause a change in the base element making an isotope or creating an entirely different element.

There are primarily two types of these reactions:

In short, the reactions occurring to harness nuclear energy for power consumption are incomprehensible without the knowledge of chemistry. We’d have to take up a whole series of discussions to make you understand how nuclear energy really works.

Next, we’ll have to define the damages we can create from nuclear energy. Any damage to the environment, which includes property loss, death, and injury to people, disease or illnesses caused by radiation from the nuclear reaction, is considered nuclear damage.

However, nuclear damages also include damages resulting from the handling of radioactive materials. Most often, this happens to workers operating in nuclear vessels or working on nuclear installations.

Consequently, anyone working near nuclear power stations always follows and observes strict safety procedures. And, usually, plants implement rules on working with strict conditions to prevent accidents, which will then help in the protection of the environment and all workers.

Advantages and Disadvantages of Nuclear Energy

Even though this is the most controversial source of energy on that market, other countries still choose to use nuclear energy. Even so, there are advocates for the use of this type of energy, as well as those against it. I’ll help you sort out the positives and negatives of nuclear energy, and then you can come to your own conclusion about its use.

The use of fossil fuel will become a lot more expensive in the future. It may become inaccessible for a lot of the population due to the price increase. Currently, power plants consume fuel a lot faster than what they can produce. And then, this will become a problem soon.

It takes much more coal or oil to produce the same amount of energy that uranium will produce. Uranium costs less money to produce energy than any other fuel. Furthermore, it is not costly to get uranium or to transport it, thus reducing the cost of energy production.

The main ingredient in producing nuclear energy is uranium. There is enough production of uranium worldwide to ensure that depletion or shortage of source will almost never happen.

Interestingly, a nuclear plant can produce the power needed without interruption for at most 4 years. There is no frequent need for maintenance work on the plant, unlike other power plants. This makes the process ideal for energy production. Meaning, there are fewer power interruptions and the plant isn’t dependent on outside forces like foreign suppliers or the weather.

Using coals or natural gases to produce energy adds more pollutants to the environment. When coal is burnt in the process of energy production, it produces a harmful byproduct. The emitted carbon gas is a pollutant and also a factor of global warming. There are no such problems that exist in the energy production of nuclear power plants.

There are pools of water that allows nuclear wastes from nuclear power plants to rest. These pools ensure no radiation reaches the biosphere. As far as I know, there have only been two major nuclear accidents recorded but the radioactivity was contained.

Other forms of energy production such as solar, biomass and wind energy require large spaces. The area needed for the construction of a nuclear plant is only about the size of a football stadium. The plant designs need to be compact to lessen the required amount of space for construction.

During the initial stages, it will be costly to build a nuclear power plant. But in the long term, it will cost a lot less to continue operating. These plants do not need regular maintenance and there will be no need to stop the plant once it starts operation. There is an abundant supply of uranium that will ensure that the supply of this type of energy will always meet the demand.

Looking at all these advantages, you might come to think how great nuclear energy must be. There are still a few stigmas going around about nuclear power plants. But we’ll correct them and see the facts as they are with the following disadvantages.

Uranium is the key ingredient in producing nuclear energy, mainly because it is a naturally unstable element. Without proper care in mining, transport, and storage of this element, there could be dire consequences. This is also true for any waste product resulting in the use of this fissile element. This can be very radioactive and the plants must dispose of them properly or it will cause extensive damage to the environment and animal life as well.

Although it is cheap to maintain a nuclear power plant, it is quite costly to build. There will be a substantial amount needed in the initial stages of building the power plant. And, it will require a long period to complete.

Often, plants make mistakes in cost estimations for a price higher than their expectations. The rates for building a nuclear plant increase every year. Hence, it is always advisable to not focus on high-risk investments and seek to foster the alternative with a high return value.

It is different in the boiling water reactor as water is pumped through the reactor’s core. If there is any fuel leakage, it will contaminate the water that flows through the entire system.

Furthermore, the cooling of the nuclear rods before they are disposed of utilizes these water pools. If there is a malfunction in the doors of these pools, there could be a radioactive water leak. Though there are other pollutants from nuclear power plants, they are not as harmful as uncontrolled leakages.

They include toxic pollutants and heavy metals, and both have harmful reactions to aquatic wildlife and vegetation. The water released from the plant is warm and will cause damage to the ecosystem.

There is a problem with long-term disposal waste facilities for nuclear power plants. Most of the waste is stored on the plant and there will come a time when the plant will be full of it. There will eventually be no more space for storage on the plant and this creates a big problem through the years.

There is always the possibility of for accidents related to a nuclear power plant. These plants have high levels of security but there is still a chance of accidents. The more plants built, the number increases the possibility of a nuclear disaster. The problem with this is that a small nuclear accident can result in catastrophic consequences for life on the planet.

The radioactive waste products by nuclear power plants are toxic and cause serious damage to plant and animal life. There is always the possibility of potential leaks in a nuclear power plant. This is one of the main concerns of the leaders of our society when it comes to mass construction of these type of power plants.

These type of power plants are prone to terrorist attack. A nuclear plant is an equivalent to a nuclear bomb of the same size and strength. The reactor and the cooling pool of a nuclear plant are the most vulnerable sections of a plant. If attacked, the radioactivity from the byproducts will cause chaotic damage to the living beings within the radius of the radiation exposure.

There are a lot of reactors that have been shut down. The problem with this is that most of them are too unstable to remove and are taking up a lot of desired space. They not only occupy these spaces, but it is quite possible that they are contaminating the surrounding areas.

Nuclear weapons are possible to make with parts of nuclear plants. This is possible due to the waste produced, which can be used in the process of nuclear fission. Hence, International security is threatened by nuclear proliferation. Although not seen by the public, there are continuous attacks on uranium, plutonium, or any other fissile materials sources.

It is true that nuclear energy production contributes little to the greenhouse effect in the earth’s atmosphere. But the radiation it produces will have an adverse impact on all lifeforms within the area.

Radiation causes damage to the DNA of living organisms, as well as chromosomal aberrations. It affects the growth, reproduction, and development of all species. It will cause death in some or direct physical damage.

Radiation causes a mutation in animal DNA and it kills cells. In recorded instances of radiation leaks, the effects cause the death of rodents and cancer in humans. It is normally thyroid cancer that develops in humans due to radiation exposure.

The truth is that there are many advantages to producing energy via nuclear fission. When we compare it to the process of burning fossil fuels, nuclear energy is far better for the environment. It is a cleaner source of energy that takes a lot less fuel to produce.

It should be the only choice for the earth and yet, it is not. With all the positives of nuclear energy production, the negatives do quite outweigh them in one sense.

The negative impact that is associated with nuclear energy production includes permanent damage to the planet itself. It defeats the purpose of creating cheap energy if in the process you destroy the planet we live in. If there are designs of nuclear power plants that ensures no radiation leak, spill or a core meltdown, it will be the future of energy production for the planet.

Ending this discussion, for you to ponder, nuclear energy production could be what the world needs as natural fuels of the planet decreases. This will only be practical if the designers of these nuclear power plants can build them with little to no possibility of any accidents. Considering the fact that the smallest nuclear accident could result in the biggest damage to all life forms. 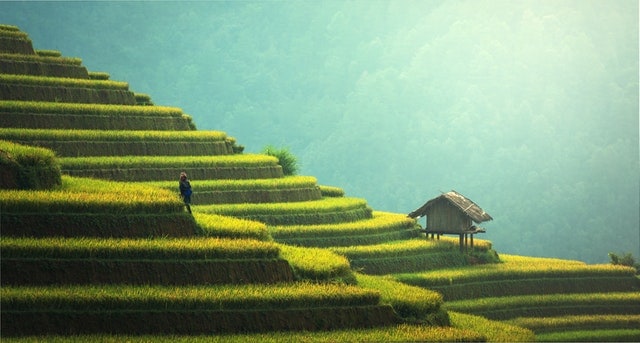