Solar energy is often marketed as one of the cleanest energy sources. You might have seen advertisements asking us all to switch to solar energy. Telling us all how it doesn’t produce pollution and can save the Earth from Global Warming.

In this article, we will see how Solar energy produces pollution? Why we should still use it. We will also see the effects of Solar Power on land, water, soil, air, ecology, socioeconomic, and many more.

Unlike other energy sources, the Sun is enormous and it will not run out of energy for the foreseeable future. It’s naturally clean, sustainable and does not cause pollution directly. It will thus, does not contribute to Global Warming.

We have been using Solar energy for thousands of years. We used it for drying our food, thus making it last longer. And most influential use is the making of fire from the suns heat. This was the time when the wood fire was the most convenient, efficient and most friendly source of energy to cook food.

However, with the continuous evolution of man, discoveries after discoveries, new sources of energy emerged, each trying to solve the challenges posed by their predecessors. This increase in Science and technology gave us many options to generate electricity ranging from steam energy, then a century later to nuclear energy.

But, all these methods have a flaw, they cause pollution. The environmental impacts of setting up million-dollar projects such as nuclear power plants, geothermal stations, and hydroelectric power stations are unprecedented. The potential dangers associated with these power generation technologies are high.

For example, the Chernobyl Disaster killed around 4000 people(directly and indirectly) according to one survey and cost around US$68 billion in today’s money. These technologies are extremely harmful, especially when handled inappropriately (Denning et al, 2017). Worst of all, even when working properly, they produce radioactive waste.

When scientists raised the early alarm about global warming and the rise of sea levels, the hunt for alternative sources of energy began. This led to designing Solar panels, Wind turbines and other technologies that produce no direct pollution while creating electricity.

Opting for a renewable source of energy such as solar and wind has been deemed the best choice. Most of the conventional sources of energy have a great adverse effect on the environment: from the component manufacturing stage, installations, maintenance, operations, dismantling, and disposal.

Consider setting up a nuclear or geothermal power plant. There is a lot of activity on the environment, and populations have to be displaced. This disturbs the ecological balance. They also produce pollution and radioactive wastes.

Solar plants have the same effect but by far much lower percentages (Babacan at al, 2017). The emission of greenhouse gases and other radioactive materials is great harm to the environment, a problem that is omitted in solar technology.

Since its design, Solar panels are shown as an alternative to replace other environmentally-unfriendly sources of energy in existence. Now that the world focuses on clean energy, the adoption of solar energy has been on the rise in the years (Babacan et al, 2017).

To know more about Solar Panels and how they work, you can read our article, Do Solar Panels Work on Heat or Light?.

Despite its environmental friendliness, when adopted in large scales, Solar Power plants could have adverse effects on the environment. The resulting challenges could make it hard for investors and individuals to invest in solar energy in the near future.

The effects vary depending on which technology is used: photovoltaic or thermal technology.

Although Solar Panels do not emit greenhouse gases or have any direct effect on environmental pollution, the process of producing the panels has some pollution effect on the environment.

During the manufacturing of the metallic and plastic parts of the solar panels, there are emissions of harmful gases and other particles that harm the planet. The transportation of the solar components, whether by Land Sea or air results in the emission of greenhouse gases.

Solar Panels require direct sunlight to produce energy. They require large amounts of land to place Solar Panels. This changes the ecology of the surrounding area.

Depending on the project size and location, large scale installations could raise questions about the displacement of people and other forms of life as well as land degradation. Different regions, states, and countries have different policies on environmental conservation.

The size of the land affected depends on several factors such as adopted technology, land topography, solar intensity. Solar projects have lower chances of sharing the land with agricultural activities like wind projects. Wind projects are erected high above the ground, leaving room for other activities.

We can minimize this issue by only using barren lands and desert areas for Solar Projects. Small scale installations can be put up on rooftops of commercial apartments or even homes, reducing their environmental impact.

Photovoltaic cells do not utilize water in the production of electricity. However, Water is used in the manufacturing process of its components. An array of solar thermal plants require water for cooling. The amount of water used depends on the plant location, design as well as the cooling system used.

Wet-recirculating technology use up to 600 gallons of water per megawatt-hour of units of electricity produces. Plants that use one-time cooling systems draw higher amounts of water. Dry-cooling technology having chances of reducing the water consumed by over 80%(Lave at al, 2015).

In the united states, the driest areas have a better chance of supporting large scale solar installments. But we should be very cautious when considering Water cooling technologies in dry regions.

The manufacturing process of photovoltaic cells uses several harmful materials, which in turn impacts the ecosystem. These chemical agents are mainly used in the purification and cleansing of the semiconductor’s surface.

Silicon dust produced during manufacturing poses serious health risks, especially when inhaled by the workers. Countries have put in place legislation to help protect workers from harmful substances such as silicon dust. The legislation provides a clear guideline on the disposal of waste materials that result from the manufacturing of solar cells.

When these harmful elements enter into the food chain, they take longer to be discovered, but the damage will be done. Even taking small quantities of the elements can alter human bodies, land, air, and marine life. The elements could result in genetic mutations, hardening fights against diseases and other health challenges such as cancer.

If handled improperly, these elements pose a great health impact of human and other forms of life and the general environment. For cost-effectiveness, investors recycle these elements rather than disposing of them, while preserving the environment.

All in all, Solar Projects provides more than what they take. Once installed they keep running and you don’t have to worry about them. In contrast, hydropower station requires water, diesel power plants requires diesel, geothermal statins requires steam. Solar panels never run out of Solar Energy.

Pollution takes place only once, during the manufacturing stage and that can be offset by not using other pollution-causing energy sources. If once installed, there is no chance of generating pollution.

Countries concerned about the effect and cost of using fossil fuels are highly investing in solar technology. The leading world economies: the USA, Europe, India, and China are now implementing solar energy. India plans to invest over $160 billion worth of investment in the solar energy sector.

Due to increased investments and breakthroughs, the cost of Solar panels has come down. Statistics show that the adoption and output of photovoltaic solar systems are gowns by 40% a year (Fares at al, 2017).

Influential personalities such as Bill Gates, alongside other big investments such as Apple, Verizon, Walmart are slowly switching to power their offices with solar energy. If the prices continue to decline. Solar technology will be the cheapest source on the planet.

All these things considered, it is safe to say that the Future belongs to Solar Industry. 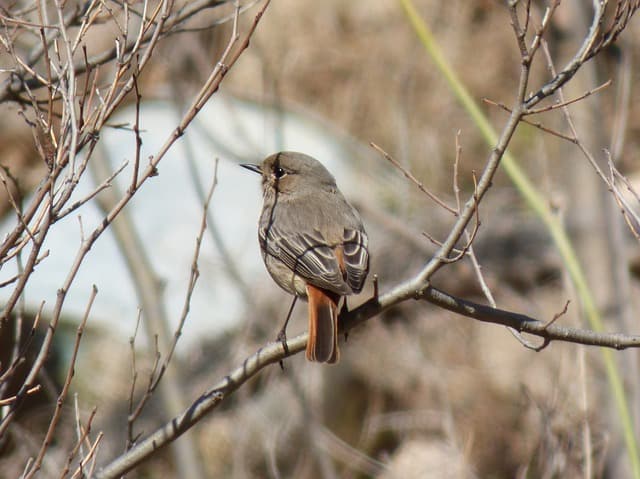