There are various very reliable forms used in the generation of electrical energy, one of those forms is Wave energy. In this article, we discuss the advantages and disadvantages of wave energy which is as important as understanding how it works.

We may often confuse wave energy from tidal energy. These are two different forms of energy. But, it is essential for us to understand that both forms of energy are actually a type of ocean energy.

There is a need for green energy in most of our countries, this need may lead to looking for alternative renewable energy sources such as wave energy. In the future, many of our nations may establish a fossil fuels ban which will have hazardous effects on the environment. Also, not to mention that this energy resource is diminishing. For this reason, the need for green energy will increase.

Various parts of the world may experience strong winds in the ocean. So, they have a high potential for wave energy. This is because the waves will be travel with a high frequency and power. From various studies and calculations, it is interesting to know that wave energy is stronger near the coast than in the ocean.

Did you know that there are different forms of waves?

The waves formed are either the longitudinal waves or the transverse waves. This becomes interesting for us to determine which type of wave can generate wave energy. In a transverse wave, a medium’s movement – in our case, the medium is water – is perpendicular to the wave. But, this form of wave needs a rigid medium to transmit energy. In a longitudinal wave, the medium movement is parallel to the wave direction.

Thus, for bulk fluids (liquids or gases) the waves are longitudinal waves. These occur within the depths of the ocean. So what type of waves do these winds form?

To discover this, we need to delve deeper into understanding this form of energy. After that, deduce its benefits and limitations to us.

The waves that travel on the surface of the ocean are surface waves. These waves are neither a form of longitudinal waves or transverse waves. They are what enables us to generate wave power. Devices that capture this power are Wave Energy Converters (WECs).

Many worked examples throughout the book will be particularly useful to readers with a limited mathematical background. Those interested in research and development will benefit from the extensive bibliography.

We all know that water covers around 70% of Earth. So, we can efficiently harvest this form of energy since it is readily available in most parts of the world. Also, it is a green form of energy – meaning that it is renewable. This is because the probability of winds blowing over the ocean’s surface is high.

It is also a clean form of energy since it does not need the burning of fossil fuels for generation. Thus, environmental-friendly. This is a benefit that many of our countries with a coastal shoreline should embrace.

Advantages and Disadvantages of Wave Energy

So, here are some of the advantages and disadvantages of wave energy.

As discussed earlier, we learned that water covers about 70 percent of the earth. The abundance of these water bodies makes a broad availability of tapping ocean energy.

Many of our nations have a coastal region. So, this makes the production of wave power widely available. Many of these regions have a dense population. This provides a market for wave energy plants – a reason for its production.

One of the best features of wave energy is that it is a renewable form of energy. This means that the production of power from this form of energy may not diminish. The chances of the winds acting on the oceans are high. Thus waves will almost always crash on the shorelines of coastal regions.

Hence, considered a green form of energy. If we take a look at fossil fuels energy, we learn that there is a chance that this energy resource could deplete with continued usage. Thus, it may become an unreliable form of energy production.

Don’t we all want electrical power production that does not affect our environment? Referring back to fossil fuels energy generation, we discover that this energy is toxic to the environment. These fossil fuels bring about carbon emissions into the atmosphere. The effects of this are global warming and climatic changes.

But, wave energy is one of the clean forms of energy generated today. This form does not need any burning of fossil fuels for production. In this case, we get clean energy and an even more sanitary environment.

The production of wave energy is believed to be among the most benevolent methods of generating electricity. This is because the production of power from the waves is in places where there are the least impacts on the environment. First of all, we know that the generation of this energy is in the ocean. Thus, it does not interfere with human settlement. For this reason, we can enjoy electrical power without facing relocation issues. These issues may come up with setting up other energy production plants.

If we look at all other forms of electricity generation, we may realize that wave energy has a high prediction rate. Also, it is possible to calculate the amount of energy the waves can produce. This advantage is considered very useful in the generation of electricity.

Wave power is almost consistent than solar or wind power. Hence, it is still considered a better form of energy than a few others.

Several methods used to harness this energy. In our current situation, technology installed in harnessing wave energy ranges from seafaring vessels with massive structures in the sea to power plants installed with hydro turbines. These forms harvest the energy in the waves and easily convert it to electrical power.

This benefit allows the nations with access to the coast to choose the most economical way to tap the wave energy. They then can produce electricity for commercial use.

Concerning being environment-friendly, we can learn that wave energy is even more beneficial to land impact. This energy form has little to no impact on the land. Fossil fuels, on the other hand, have huge land impacts.

In most of our countries, the demand for fossil fuels is high. This is due to vehicle and industry consumption. For this reason, the extraction of fuels is usually from underground. Thus it may leave huge holes in the ground and eventually, the land becomes barren.

Wave energy is safe as it does not require land use. This benefit makes it more reasonable to generate electricity from wave power.

We just learned that fossil fuel demand is high in most of our countries. Some governments have even gone ahead to establish a target on fossil fuel ban in the future. Also, these fuels are depleting with rapid use by consumers.

Thus, if we only have our electricity produced from fossil fuel energy, we may suffer a huge blow when it gets depleted – and gets banned. Does that mean we would not have electricity anymore?

The good thing about wave energy is that it provides an alternative method for power generation. Since it is also renewable, we do not have to worry over the source becoming extinct.

Now we have an idea as to why wave energy is beneficial to us. Let’s take a look at why this form of energy is not as popular in use as other forms such as wind, solar and hydropower.

These drawbacks provide a reason for why wave energy may not be convenient to use despite the plenty and vast availability of water bodies.

We are aware that the winds generate wave energy in the oceans. This is a limiting factor for countries that do not have a shoreline. So, landlocked countries or cities are unable to benefit from this source of renewable energy. They have to seek alternative clean energy sources.
What we may also not know is that not all areas with shorelines can harness wave energy. This is because the wave frequency and power vary from place to place.
For this reason, tapping of wave energy can only occur in sites that have strong waves coming towards the shores. It is then, not a clean energy source for us all.

Although it is a clean energy source for the land environment, it poses a threat to the water environment. The large equipment installed in the ocean can cause a massive disturbance to the seafloor. Marine life may face interruption too through noise pollution or changing the habitats of organisms that live near the shorelines.
In addition to this, the possibility of toxic chemicals from the wave energy platforms may leak or spill into the water. This would cause destructive water pollution effects that would be severe to the marine ecosystem.

The wave energy platforms installed in the water may obscure the natural and beautiful view of the ocean. These giant-like machines which placed in the ocean may also generate noise. Even though the water may cover the sound, the sea life is prone to suffer from it.

Some forms of green power energy can function and generate power even in harsh weather conditions. Well, not wave energy. We discover that power can drop during a rough storm in the sea. While we expect that in such a time the performance of wave power should be high, it is not usually the case.

We’ve discussed how the wave energy machines can destroy the view of the ocean’s beauty. In addition to this, large platforms can cause a disturbance in marine vessels. Since the installation of these machines done in suitable sites, such sites can turn out to be passageways for cargo ships, recreational vehicles, cruise ships, and other water-body vessels. Thus wave energy provides an inconvenience to these marine vehicles.

Remember how we discovered that wave energy is predictable? This may not be the case in some areas.
Wave energy may vary due to wave speed, water density, and wavelength. So, it becomes inconsistent sometimes and unpredictable. Hence, areas depending on wave power have to seek alternative methods for electricity generation.

With this knowledge, we can then make significant decisions on wave energy. Looking at the benefits and drawback of wave energy helps us to understand how wave energy can affect the electrical power market.

This form of energy generation is still at an infancy level. This may explain to us why it is not widely exploited as other energy generation methods. This form of energy has great future potentials. This is because of the abundance of water bodies. In a study conducted on wave energy, energy from a wave measuring about 3ft long and 10ft tall can light around 1000 bulbs! This study helps us to picture how wave energy is of use to us and future generations.
The need for green energy in most of our nations may also turn to the exploitation of wave energy. Thus, improving the supply of power and the environment. 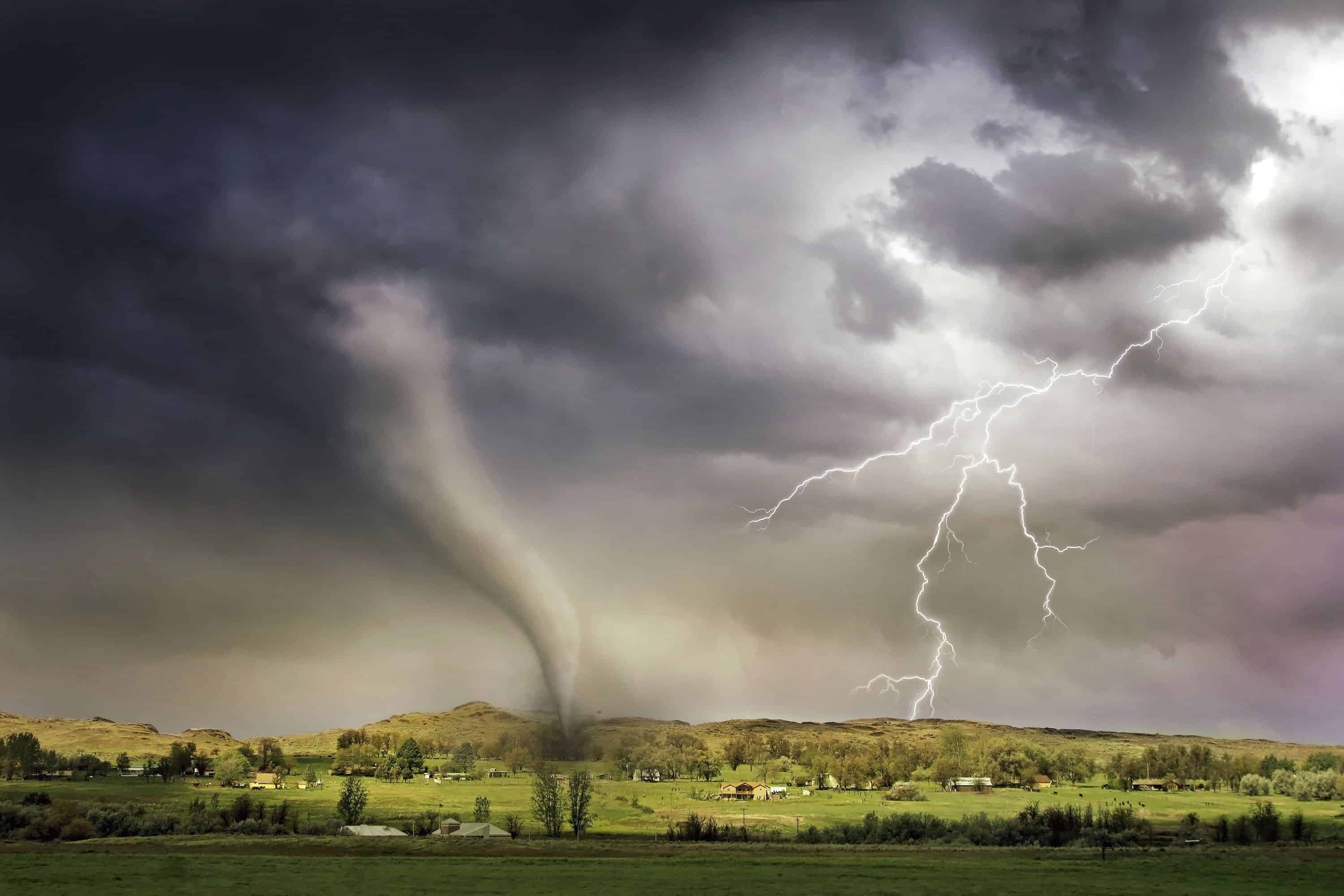 12 Main Effects Of Tornadoes On The Environment